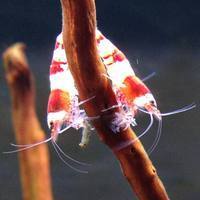 Why are my Shrimp going crazy?