Bucephalandra, who's got what. 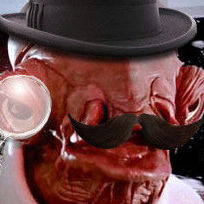 Top Posters In This Topic

Hi all,   Recently, I did some testing on buce for about 2 month to find out what will be the best method to accelerate the grow. Hence, I would like to share some of my findings (initially I wanted

Mine have exploded since my last post here. Sent from my iPhone using Tapatalk

Rhizomes need to be above the substrate and not buried. Very important. Like Anubias. They grow faster with medium light. High light can be used but they don't seem to grow any faster with higher lev