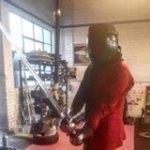 Looking for handy tips and tricks